In West Virginia, the Digital Divide Just Got Wider

It will take weeks before a final account is made, but as of now, at least two public libraries in West Virginia are a total loss as a result of the flooding that occurred in the state last weekend.  I am sure when the count is over, several school libraries will be on the casualty list.  What scares me to death is that they won't be replaced.

The southern part of West Virginia is arguably the poorest, and this is the area that received the rainfall that resulted in heavy losses.  Many of the counties in this area did not have school libraries to lose.  Local boards made the tough decisions long ago to cut libraries and library positions in response to dwindling income.  Now, the decision would be easy not to replace damaged school libraries; there were no funds to operate the existing libraries and now there will be none to rebuild.

While I worry deeply about what this means to a profession I fiercely believe in, I worry more about what it means for society.  If knowledge is power, and digital access is our source of knowledge, a lot of students in our state are without the necessary tools to compete economically or scholastically against students from more privileged areas.  By no means are these children receiving an equal education to those in the northern part of the state.  How long can this disparity go unaddressed?
To ignore this issue is to be a willing partner in the oppression of the poor everywhere. 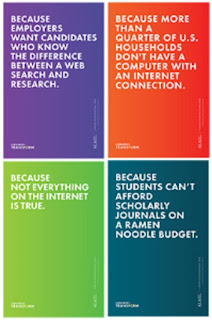 Today Hilda K. Weisburg wrote a post outlining the digital access disparities among affluent communities, the rural, the urban and the tribal.  She noted many key aspects, including poverty (the inability to afford home access) and lack of broadband in remote areas.  Her suggestion, (though certainly she did not suggest that this would solve all our access problems), was to call our legislators and ask them to enact legislation that helps alleviate disparity among school districts via ESSA.  This certainly is good advice, but it needs to go further.

When legislation is crafted, it needs to remove loopholes.  Money cannot be redirected to other purposes.  Kids need libraries and someone to teach them how to evaluate the rhetoric that is tossed about daily.  The essence of the school library in this scheme cannot be bypassed or redefined for the convenience of a district.  The language has to be firm.

Knowledge is power. Libraries exist to bring power to all.  Don't leave these poor communities in the dark.

Posted by Suzie Martin at 12:03 AM No comments: 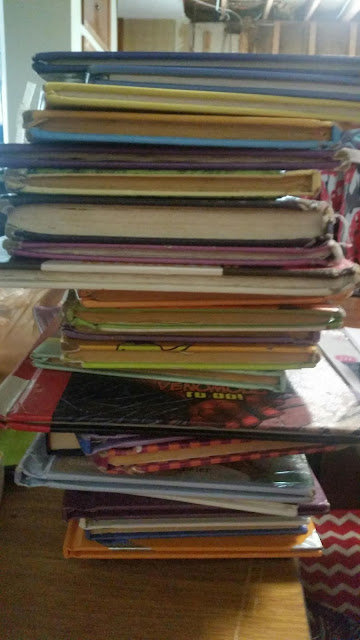 Posted by Suzie Martin at 10:10 AM No comments:

Over the past few days I run across several instances in my PLN and onsite professional development that stressed that we should build solid relationships with our clients before we try to influence their learning or address their needs.  The first was at a school professional development session, and frankly I made note of the emphasis on relationships only because I thought the idea was rather insulting.  Now, going through my blog feeds, I find that ASCD is calling for submissions about putting relationships first.

Am I the only one who thinks it is appalling that we need to be reminded of the importance of solid human interaction?  Have we as a society degraded so far that we don't understand that human beings come before any agenda?  This is hurtful to think.  I can only hope that I am misreading the extent of concern for developing relationships.

Having positive human relationships with my students and their parents seems natural to me.  I want to work with these people and for these people.  They need to know I care about their children and their families.  I can't imagine not knowing the names of my 500+ students and their parents.  I am thankful that going to the grocery store on Saturdays is going to take three times longer than it should, because I will run into parents and students.  I am glad former parents comprise the majority of my Facebook friends.

I compare this need for relationships with my students and families to my need to see my doctor when ill.  It would be much quicker to see another practitioner, but my doctor knows me.  He knows my husband and kids.  He knows I don't usually whine.  He knows I overwork.  We have a 25+ year relationship with him.  The relationship is more important to me than seeing a specialist.

In our jobs we cannot and will not connect with every client we serve.  But that should be our goal.  And we shouldn't need "experts" to remind us.
Posted by Suzie Martin at 11:04 PM No comments:

Suzie Martin
MORGANTOWN, WV, United States
An average woman in an average neighborhood. Mother of superior children and grandmother to uber-intelligent grandchildren. Semi-retired, my passions now include studying the human condition and being a Memaw.